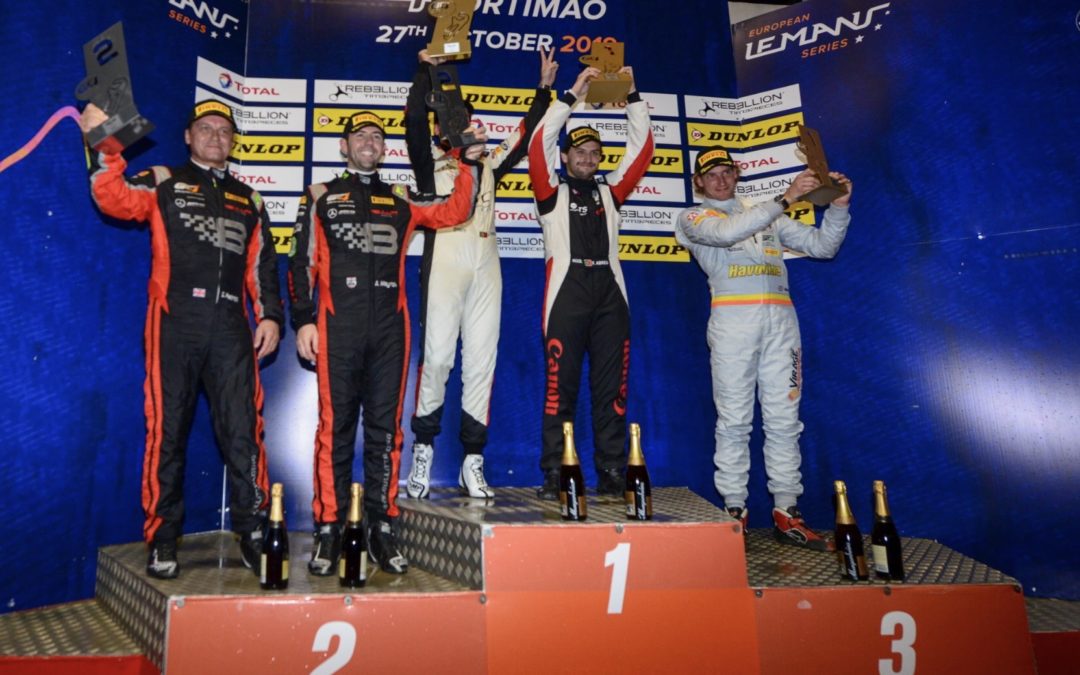 Team regulars Andy Meyrick and Stephen Pattrick possessed winning pace from the outset and finished runner-up in both GT4 SES races, while Bullitt Racing’s newest recruits Callum MacLeod and Ian Loggie instantly made an impression by qualifying at the sharp end and joining their teammates on the winners’ rostrum on Saturday.

The first of two GT4 SES contests began with Loggie surging from fourth to second on the run to Turn 1, ahead of the AMB Grand Prix Ginetta G55 and the second Bullitt Racing Mercedes of Pattrick. The British racer kept the hard-charging Ginetta at bay for the entirety of lap one, but an over-exuberant lunge resulted in contact and a severe loss of momentum that ultimately cost Loggie two positions.

Pattrick duly picked up the baton as the lead Bullitt Racing contender, and both drivers stayed within reach of the podium until Loggie served a drive-through penalty for an alleged track limits infringement just as the pit window opened. A shrewd strategy and swift work by the Bullitt Racing pit crew ensured the #33 AMG GT4, now in Meyrick’s hands, emerged from the compulsory driver-change in a comfortable second place, as MacLeod commenced a dogged recovery from the bottom half of the top ten.

MacLeod made his intentions clear by recording a string of purple sectors, and his efforts didn’t go unrewarded, as he ultimately reached the podium by catching and passing the #16 Ginetta with a supreme run out of the final corner on lap 20. Meyrick and MacLeod both consolidated their positions in the final throes of the 50-minute race to seal an emphatic double podium for Bullitt Racing as the sun set on a warm autumnal evening in the Algarve. The result only served to boost the team’s confidence, and all four drivers went into the second GT4 SES race of the weekend on Sunday evening with the view of bettering their performances and challenging for victory.

A sensational start enabled Meyrick to make up several places and lead the multi-class field through the first turns, although the #65 Nuno Batiste Porsche remained a keen threat in second place. Meyrick soon began stretching his legs and gapping the chasing pack, although consecutive Safety Cars negated his advantage and a delay in the driver-change resulted in a loss of track position to the rival Veloso Motorsport team. However, with no threat from behind as darkness descended upon the Portimao Circuit, Pattrick held station for the duration of his stint to secure more silverware for another well-earned second position. MacLoed, meanwhile, was fourth and toying with the podium on the opening tours of Autodromo Internacional do Algarve until the first Safety Car intervention, only to sustain race-ending damage when a wayward rival collided with the #66 Mercedes.

Nevertheless, Bullitt Racing celebrated an excellent GT4 SES debut in which the #33 crew of Meyrick and Pattrick notched up a brace of second place results and MacLeod and Loggie in #66 also sprayed the Champagne from the third step of the podium on their maiden appearance in the series.

Andy Meyrick: “It has been a fantastic weekend. A double podium is a great start in what is a brand new championship campaign for Bullitt Racing and I’m really happy, particularly about Stephen’s performance; he has been excellent all weekend and that played a big part in bringing home a load of points and two podiums for the team.”

Stephen Pattrick: “We’ve had a magnificent time in Portimao. I’m very pleased with Bullitt Racing’s professionalism and I feel we’ve made the most of the weekend – the team definitely maximised its preparations and we achieved a great deal as a result. Andy’s start in race two was particularly impressive. He was straight into first position, but much of his stint was spent behind the Safety Car and we then had a slight delay in the pits that allowed the Veloso Motorsport Mercedes to get through. Nevertheless, the car performed brilliantly and I’m already looking forward to the next outing in Estoril.”

Callum MacLeod: “I’m delighted to have started my association with Bullitt Racing in the GT4 South European Series on the podium. I had a really enjoyable race, climbing from seventh to third to seal a podium for the team. It’s pretty frustrating to end the weekend with a DNF, but I was just the unlucky victim of a rival’s mistake and it doesn’t spoil the feeling of finishing Saturday’s race on the rostrum.”

Ian Loggie: “Overall, it has been a good weekend. Finishing on the podium on Saturday was great, and we were simply unfortunate with the way race two played out on Sunday – it’s said that motorsport is 95 per cent disappointment and five per cent joy, and there’s nothing Callum could have done to avoid being taken out. I do feel I could have done a bit better on Saturday because while my start was good, I perhaps should have been more careful to avoid a penalty for a track limits infringement. However, we still managed to secure a double podium for Bullitt Racing as a reward for doing such a superb job.”