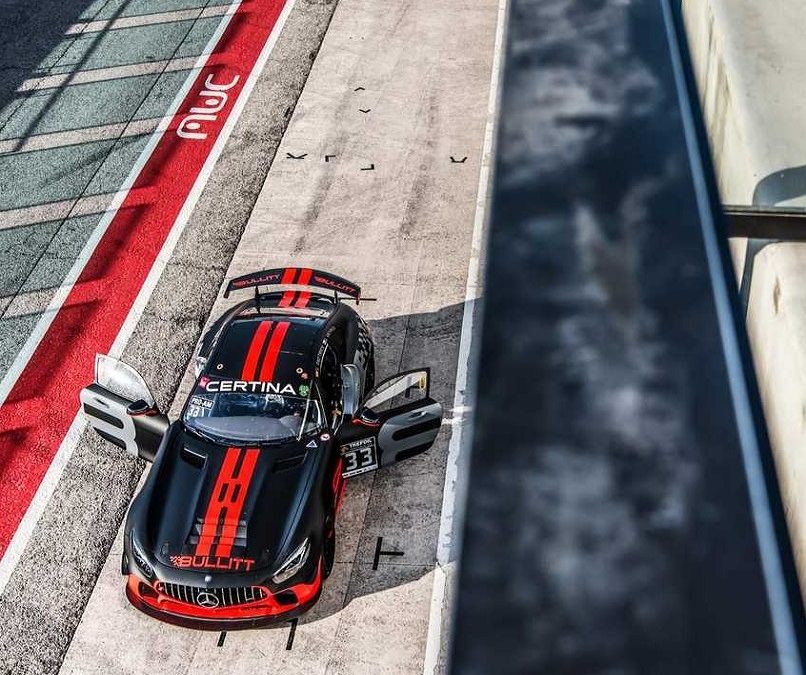 Fresh from a successful season in 2018 which included multiple podiums, a victory at Spa Francorchamps and at the Gulf 12 Hours in December, entrepreneur Stephen Pattrick will once again partner pro-racer Andy Meyrick in the #33 Mercedes-AMG GT4 in the SRO run series for 2019.

Both Pattrick and Meyrick have significant experience of competing together as they lead the team into another exciting chapter in its racing history.

“I am very excited for the forthcoming season and cementing all the hard work that the team put in last year, said Pattrick. “Having Andy back for a third year means we can continue with the momentum from 2018 where the team rounded the year off nicely with a win at the Gulf 12 Hours in Abu Dhabi. We now go into the new season with a very positive outlook.

“The SRO GT4 Series provides a great platform for competitive racing at a wide range of exciting tracks. Last year we had some good results, and this year I very much look forward to more with the ultimate goal of contesting the Pro-Am championship.”

Meyrick who has previously driven for factory entries such as Aston Martin Racing and Bentley has proved his talents in endurance racing as early as 2009, when he secured fourth place in a prototype at the Nürburgring.

“I’m very excited to be part of such a great programme again with Stephen,” said Meyrick. “It’s a huge honour for me to represent Bullitt Racing in the Mercedes-AMG. It is a very special car that we now know very well.

“Stephen leads an extremely professional team but we know that the field will be a competitive one this year and could be tougher than any previous season. The team have already begun preparation and executing our pre-season testing schedule so we can be as ready as we can be for our first race.”

With ambitious expansion plans, the team continues to look at developing its young driver programme with a second car now available for entry in the GT4 European Series. The team are taking enquiries from any interested parties wishing to compete and welcome contact on the below details.

33 GT4 European Series assault gets underway on the 12-14 April for race one of six at the Autodromo Nazionale Monza.