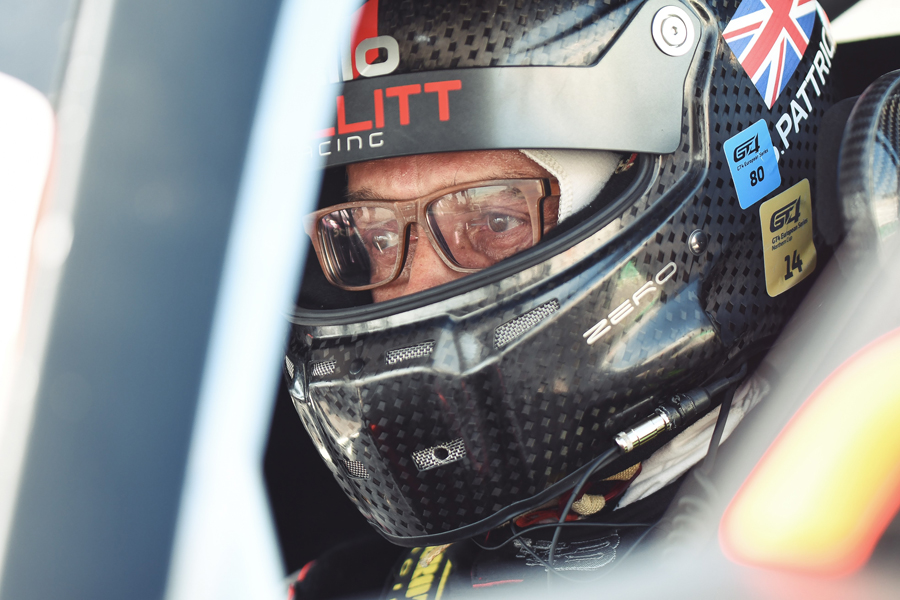 Founded in 2016, Malaga based Bullitt Racing has already made a name for itself in GT racing around Europe and in 2020 will embark on a new challenge, a season in the Michelin Le Mans Cup and two races on the full 14km circuit at Le Mans in June.

The team will enter a Bentley Continental GT3, the first time the British manufacturer has featured on the Michelin Le Mans Cup grid.

Team founder, CEO and gentleman racing driver Stephen Pattrick has become known for his enthusiasm and dedication to motorsport which has enabled him to drive the team forward.  To date Stephen has tasted the podium champagne on several of the tracks that will feature on the 2020 MLMC calendar, including a podium finish at Spa-Francorchamps in the 2018 GT4 European Series and at Portimão in the 2019 GT4 South European Series.

We caught up with Stephen to talk about the upcoming season and what he is looking forward to both as a team owner and as a driver.

Q: What was your reasons for choosing to race in the Michelin Le Mans Cup this season?

SP: “We are super excited to be part of the Michelin Le Mans Cup given the quality of the competition and the first-class race tracks that we will be racing on. It’s very professionally run and, of course, the opportunity to actually race during the week of Le Mans 24 Hours!

“The championship is very much focused on the Gentleman driver who starts and qualifies for each race, and that’s something that is missing in a lot of championships, so that really appealed to me.”

Q: This will be the first time Bentley has been a full season entry in the MLMC.  What are the strengths of the Continental GT3?

SP: “Our mechanics and engineers went all over the car before we got to drive it and were all commenting on how well put together and thought through this Gen 11 Bentley is. It’s early days to understand the full potential as we have only had a shakedown on a rainy and windswept Ascari track and one test under our belts at Portimão. But the car felt really good, quick and frankly easy to drive. It’s got terrific braking and good corner entry speeds. We have to wait until we race to really get to understand how it performs against its peers, but given how the Bentley is performing in other championships, we have high hopes.

Q: You are the Team Founder and CEO as well as one of the two drivers. How do you balance your management and driver roles within the team?

SP “When you race and the run-up to the race weekend and for that matter testing, you have to park that side of your brain, the business brain, and pay 100% attention to the driving and race in hand. All thoughts and focus should be solely on the race itself and to think of the team as if I was a paying driver who had contracted the services of an independent team and not the owner of that team. I am fortunate to have an absolutely first-class group of people who work for Bullitt Racing, who all make this job easy.

“We run other cars in other championships, so the team knows what I expect as a customer in terms of standards, support, and delivery to the highest possible standards.

“After the race, do a retrospective on what went well and not so well. It’s all about iteration, produce and read the race report, etc. basically all the things an owner would be involved in. Outside of this, I am speaking with the team on a near-daily basis…it’s a real pleasure and fun for me, and I am immensely proud to see how the team continues to grow and develop.”

Q: The MLMC includes two 55-minute races at Le Mans in June.  Was this a factor in your decision to bring Bullitt Racing to the MLMC in 2020?

SP: “To have the opportunity to race at Le Mans was a big pull for me, and together with the chance of actually getting an entry to the Le Mans 24 Hours – tell me a driver who does not get turned on thinking about that.”

Q: What is special about Le Mans to you as a driver?

SP: “Le Mans is not merely a race track or a destination it has, can I say, a near spiritual feel to me. The sheer weight of history, the dreams, the struggle, anguish and passion that has been played out on the circuit. There is, for me, no other track, or sporting event in the case of Le Mans like it. It’s a privilege and honour to drive here, but to come here with your own team, well, that’s even more special.”

Q:  Which of the other five tracks on the 2020 schedule are you look forward to the most and why?

SP: “I have raced on all the circuits and have to say every one of them has something to offer that is different and unique, so it’s a really tough question, but if pushed, I would have to say Spa. Another track rich in history. It is so exciting to drive around; it’s so fast, and Eau Rouge is something else – ask any driver! I also won there in 2018 in the Pro-Am class in GT4, so it holds good memories.”

The 2020 Michelin Le Mans Cup will get underway with the first of seven races at the Circuit de Barcelona-Catalunya on Saturday 4 April and is preceded by a one day test at the same track on the 1st April.