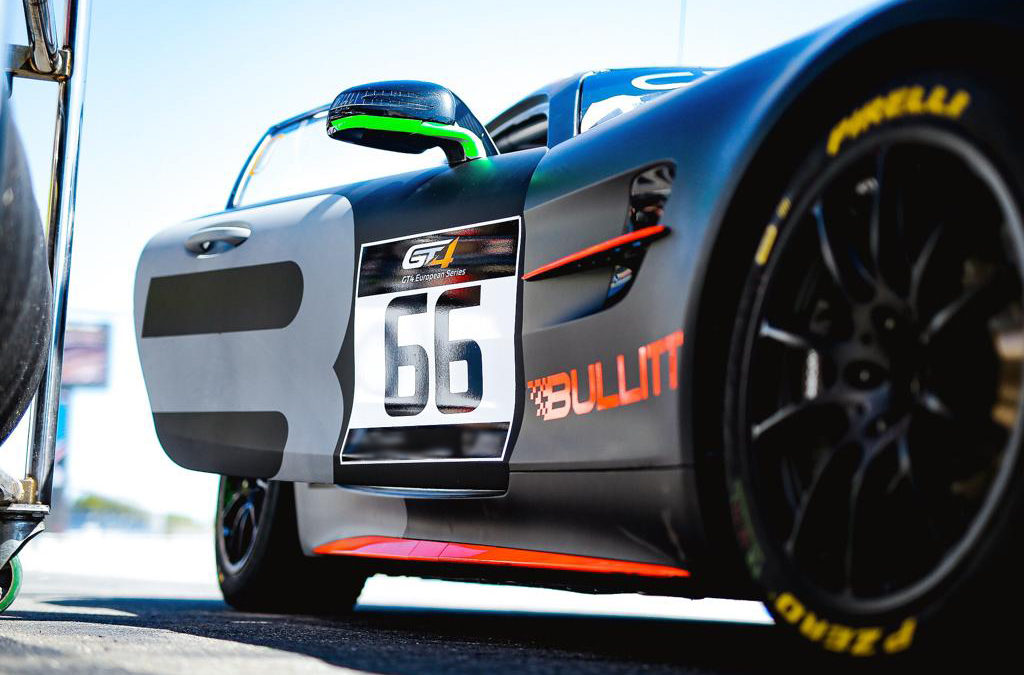 Bullitt Racing has confirmed a new driver line-up for its #66 Mercedes-AMG, with Romain Monti and Alex Lambertz set to join the Malaga-based squad at the next two GT4 European Series rounds.

As had been planned prior to the start of the campaign, the Russian pairing of Oleg Kharuk and Ivan Lukashevich will not compete in the upcoming events at Misano (29–30 June) and Zandvoort (13-14 July), before returning for the season-ending trip to the Nürburgring.

This arrangement gave Bullitt Racing the opportunity to bring in additional drivers for its #66 Mercedes-AMG at the next two rounds of the championship, alongside the full-season #33 entry of Stephen Pattrick and Andy Meyrick.

In newcomers Monti and Lambertz, the squad has added a pair of young drivers with significant experience of high-level GT racing. French-born Monti brings a particularly wide breadth of knowledge to the team, with the 28-year-old’s past achievements including a Silver class victory at last year’s 24 Hours of Spa and regular appearances in both the GT4 European Series and Blancpain GT Series.

Lambertz is the younger of the pair at 21 but has nevertheless been able to build solid experience during the early years of his career. The German is a class title-winner in the DMV BMW Challenge and has also made a number of successful starts at the renowned Nürburgring 24 Hours.

The #66 pairing will compete for Silver Cup honours at Misano and Zandvoort, placing them in a highly competitive class that features a number of established professional racers. They will join up with the long-standing crew of team owner Pattrick and pro driver Meyrick, who will continue to run in the Pro-Am class throughout the second half of the season.

Stephen Pattrick: “We’re really pleased to add Romain and Alex to the Bullitt Racing team for the next two GT4 European Series rounds. It was always our intention to have the #66 Mercedes-AMG on the grid at Misano and Zandvoort, and to do so with such a strong Silver Cup line-up meets that objective perfectly. I’m looking forward to working with the guys and hopefully scoring strong results for both cars.”

Romain Monti: “I’m super happy to join Bullitt Racing for this new experience. My only previous GT4 European Series weekend was back in 2016 and on that occasion I managed to win the second race. Since then the championship has gone from strength to strength, and the number of cars on the grid is quite amazing. I can’t wait to be in Misano and to race the Mercedes-AMG GT4 with Alex. I hope we will be in a position to fight among the leading group.”

Alex Lambertz: “Joining Bullitt Racing alongside Romain is a fantastic opportunity and I’m really excited to get started. This will be my first time at Misano and I am definitely looking forward to getting to know the Mercedes-AMG GT4 – I can’t wait to be behind the wheel. I just hope the aircon is working with the high temperatures we’re expecting!”