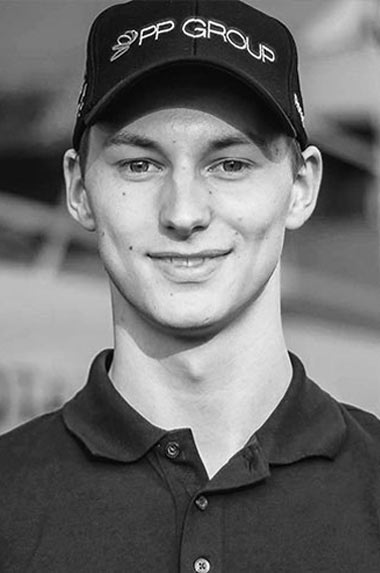 Alex Lambertz is a young, talented and professional racer. He began karting at the age of 4 and was able to do this until the age of 16, competing in German and European Championships where he gained some success.

As a full-time job, Alex started an apprenticeship as a Motor Vehicle Mechatronics Technician, which gives him more understanding of the technology in the cars, which aids him in his racing.

Alex drove for Bullitt Racing, partnering with Romain Monti in the #66 Mercedes-AMG GT4, at select rounds of the GT4 European Series. Alex and Romain took wins at Misano and Nürbugring for the team.

Alex competed in the Nürburgring 24h race and achieved second place in his SP9 class for Walkenhorst Motorsport in a BMW Z4 GT3.

He also drove the BMW Z4 GT3 and the BMW M6 GT3 in the VLN. In addition to some podium placings in the VLN, he was able to clinch the class win in the 24h qualifying.

Alex began endurance racing on the Nordschleife. He participated in all 10 races of the VLN Endurance Championship in his own BMW M235i Racing.

2016 also saw Alex compete in his first Nürburgring 24h race, which he considers to be a real career highlight.

2015 saw Alex compete in the DMV BMW Challenge – Class One for Ehret Motorsport in a BMW E36 325i. In 12 races he won 5 and had 6 podium positions and came first in class overall.

Alex started his racing career in the DMV BMW Challenge – Class Two for Ehret Motorsport in a BMW E36 318is. In 10 races Alex won 5 and had 10 podiums and achieved first in class overall.