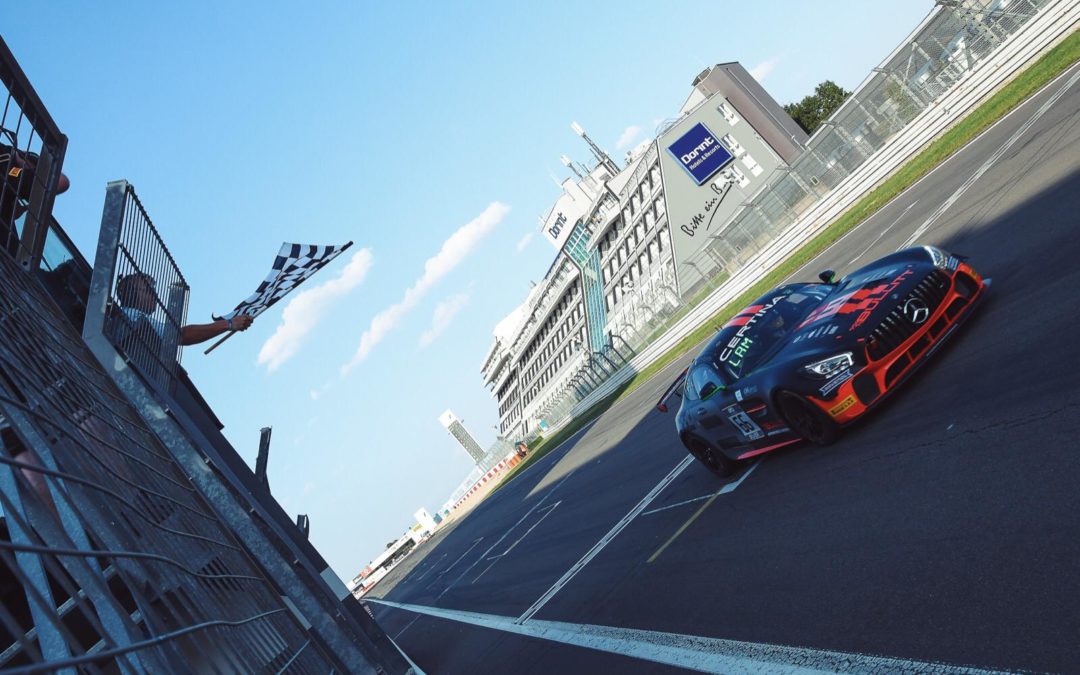 Nürburgring, Germany – Bullitt Racing concluded the 2019 GT4 European Series campaign in style at the Nürburgring as the #66 Mercedes-AMG crew of Alex Lambertz and Romain Monti produced a flawless drive to victory in Saturday’s race.

The Silver Cup duo re-joined the team for a third successive event and, after a frustrating outing at Zandvoort, recaptured the form that carried them to a debut triumph at Misano. They competed alongside the full-season line-up of Stephen Pattrick and Andy Meyrick, who resumed Pro-Am duties in the #33 Mercedes-AMG.

The #66 machine started Saturday’s opening race from third on the overall grid and second in the Silver class after Monti delivered a superb lap in his qualifying segment. There was even more to come from the French driver when the race got underway as he charged into the lead on the dash to turn one. With clear track ahead of him Monti settled into a good rhythm and, despite being chased by the pole-sitting BMW, was able to build a cushion at the head of the field.

This allowed Monti to hand the #66 machine over to teammate Lambertz in a strong position to challenge for the win. The Bullitt Racing crew wasted no time in sending the German driver on his way and, when the pit stop phase was complete, Lambertz had reclaimed the lead.

There was still work to do, however, with the pole-sitting BMW looking to re-take its place at the head of the field. It now had Nürburgring expert Ricardo van der Ende at the wheel, putting 21-year-old Lambertz up against a vastly experienced driver who won this event 12 months ago.

But the youngster kept his cool and did not put a foot wrong during the second half of the race. After initially withstanding pressure from Van der Ende, the German was eventually able to build a two-second cushion at the head of the field and complete a flawless run. It marked the duo’s second win and third podium in just five outings for Bullitt Racing, while Lambertz was able to celebrate victory on home turf.

Unfortunately, the #33 Mercedes-AMG did not see the chequered flag in Saturday’s opening race. An on-track incident during Pattrick’s stint forced the car out of the running early, before Meyrick had an opportunity to take the wheel.

Sunday’s second run was always destined to be challenging, particularly for the #66 machine as a penalty carried over from the previous event at Zandvoort would see the car start from the pit lane. The #33 took the start from a more promising sixth in the Pro-Am class and made instant progress as Meyrick showed strongly during the opening laps. The British driver was combative from the start and, by the end of the second tour, had moved up to fourth.

He continued to move forward, completing another pass to climb to third in Pro-Am by the time the pit window opened. Unfortunately, this was to be the end of the #33 car’s podium bid as an engine leak prevented any further running, bringing Pattrick and Meyrick’s season to an early end.

The #66 started with Lambertz at the wheel and saw the German working his way through the Am Cup runners before reaching his class rivals. He handed over to Monti in a position to make progress up the Silver order, but a pit stop penalty scuppered their chances of a solid result. Monti saw the chequered flag, however, bringing the curtain down on the team’s 2019 GT4 European Series campaign.

David Price, Bullitt Racing Team Manager: “Saturday was a great result for the team. Romain made a brilliant start to take the lead and of course it’s a lot easier to win in GT4 when you’re out front. When you’re in the midfield it’s almost impossible in this series. We didn’t expect much from Sunday, with Andy starting from the midfield and Alex from the pit lane. I was disappointed that we had to retire the #33 with an engine leak because we were in a podium position when Andy came in. It would have been nice for the whole team to get a strong result with the #33 today as well.”

Romain Monti, #66 Mercedes-AMG: “We only just missed pole and then made a brilliant start. I had a better reaction time than the BMWs but they were really fast on the straight, so we knew it would be difficult to keep them behind. I managed to build a gap but we lost some time in traffic and Alex had the BMW behind him again during his stint. He did a great job and we can all be really proud of what we achieved here. Thanks to Bullitt Racing for delivering a car that allowed us to fight for the win.”

Alex Lambertz, #66 Mercedes-AMG: “It was really difficult at the beginning of my stint as the BMW was right behind me. Luckily I was able to hold him off, even when he put me under pressure. From there everything was great with the car and I kept cool. We knew our Mercedes-AMG would be better in the end so it worked out perfectly. It’s very special to win in Germany and for sure it has been a fantastic experience with Bullitt Racing.”

While the GT4 European Series has now concluded, the Bullitt squad will contest a number of additional events before the year is out as the team seeks to build on its race-winning momentum. Further details of these plans will be revealed shortly.